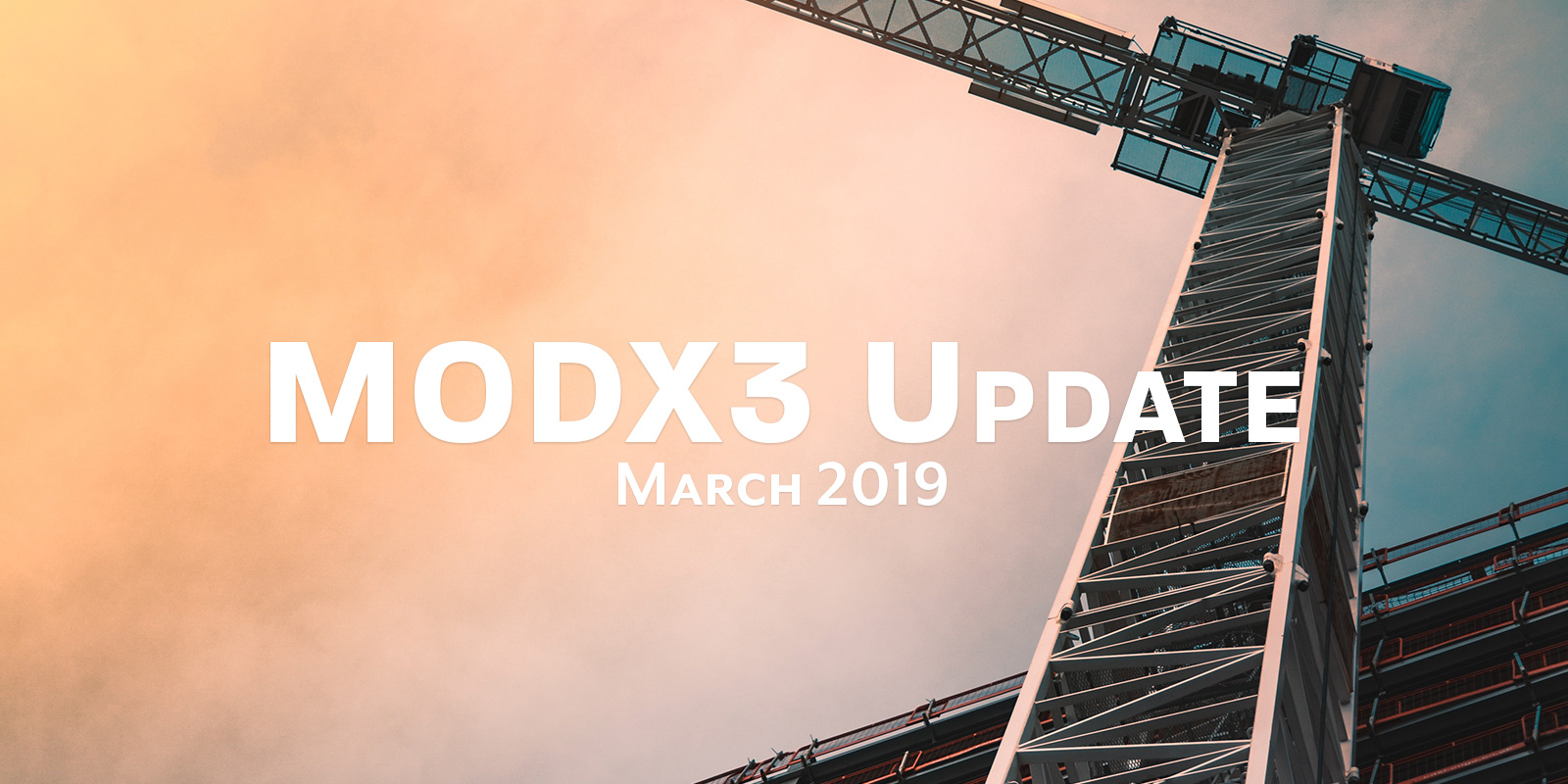 The MODX Meetup in Amsterdam is approaching quickly. Around 150 people will attend the event with speakers from around the globe. MODX3 will also be a hot topic during the event.

The last update for the MODX3 project on this website was June 2018. The first alpha version was released and the features of the project were finished. This was shared in the project statement.

One huge Pull Request by Vasily Naumkin changed more than 2000 files, adding full PSR-4 autoloading to the core with the MODX-namespace, PSR-2 code formatting, xPDO3 integration and a lot of refactoring. The PR caused some serious discussions, a final decision never came from MODX leadership, which lead Vasily to close it in March 2019, which is very unfortunate. Too much other code was changed in the meantime as well, so a merge would be very hard. An alternative solution was announced by Jason, but we're still waiting on that.

The months during and after summer were traditionally low on activity.

Another big challenge was the merge of MODX 2.x in 3.x. 2.7 would be the final 2.x feature release, which would then be merged into 3.x. Big steps were taken during meetups in Köln and München to fix 2.7 issues. Ivan Klimchuk initiated some heavy merging starting in October and the integrator team got some reinforcements from Joshua Lückers. Together with Mark Hamstra, Thomas Jakobi and Jason Coward they closed more than 225 Pull Requests since then, which is a great accomplishment by the integrators.

After the release of 2.7.1, the 3.x branch is now the branch where new PR's should be targetted at.

MODX3 is still not here though. The system needs some polishing here and there and there is the big refactor which still is not here.

Community activity is high though and that positive vibe should lead to MODX3 on short term. More on that at the MODX Meetup in Amsterdam, March 29th.

STAY UP TO DATE

Stay up to date on all updates of MODX3 with our newsletter.

You can also download the newest version of MODX.